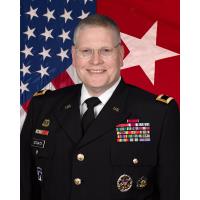 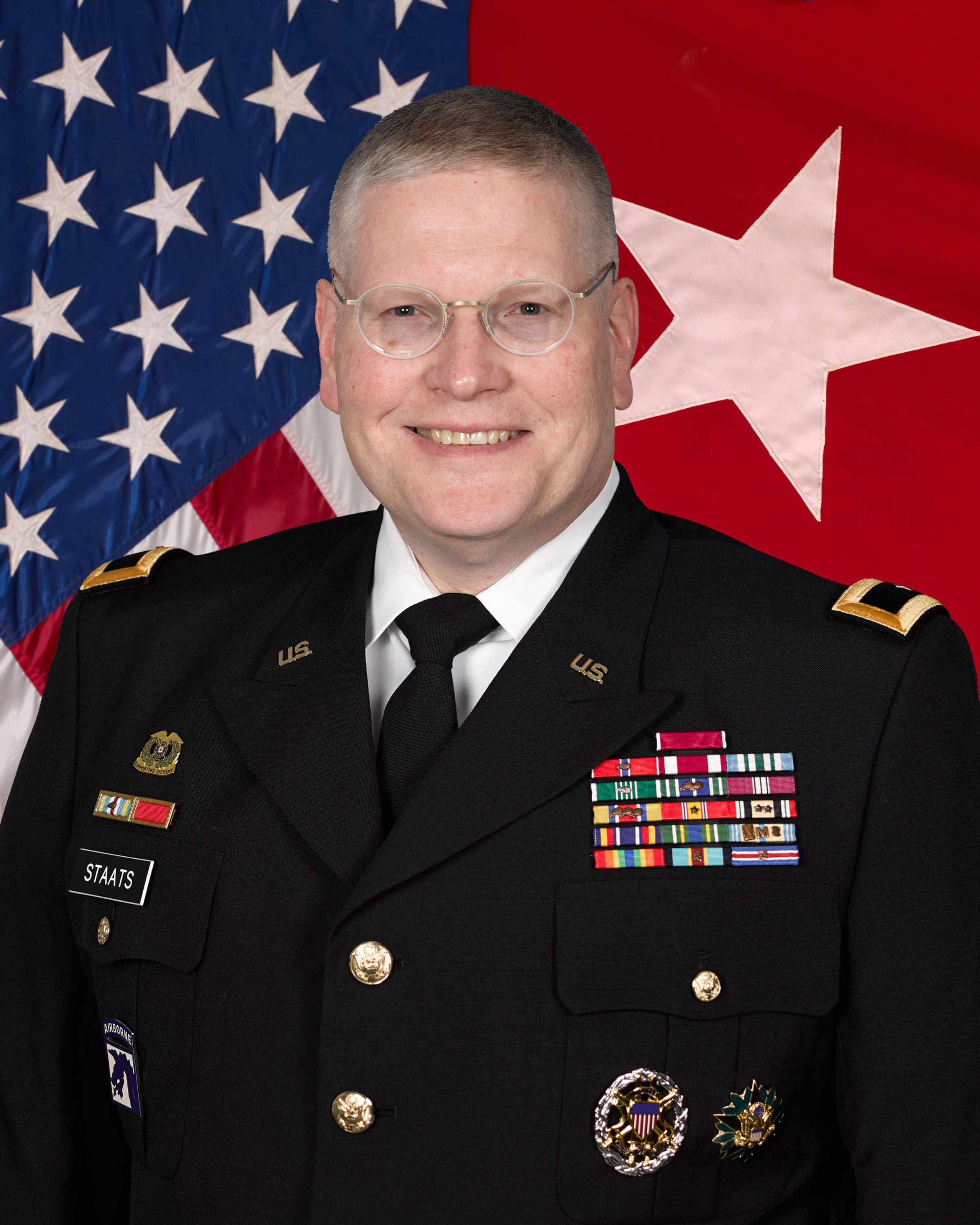 Major General (MG) Rich Staats is the Commanding General for the 75th Innovation Command, responsible for leveraging the civilian education, skills, experience and certifications resident in the US Army Reserve. As a two-star general command, the 75th is the senior military headquarters in the fourth largest city in the U.S. as well as in the surrounding region.

MG Staats was commissioned at the United States Military Academy and served in positions of increasing responsibility over the next 36 years of commissioned service including six commands at every level from Company Commander to two-star Commanding General. MG Staats served overseas in five of these commands including service in active combat zones for three of them. MG Staats has served in a number of Joint and Interagency assignments and support including: the Joint Staff, the Defense Logistics Agency, the Foreign Service Institute, and Multinational Force Iraq. He is a graduate of the Joint and Combined Warfighting School.  MG Staats was the first Senior Fellow for the Chief of Staff of the Army’s Strategic Studies Group.

MG Staats has attended a number of military schools including the Quartermaster Basic and Advanced Courses (honor graduate for both), Intermediate Level Education, Command and General Staff College (Pershing Award winner/top graduate), and the US Army War College.

His military awards include the Legion of Merit, the Bronze Star Medal, the Meritorious Service Medal, the Joint Service Commendation Medal, and the Army Commendation Medal. MG Staats was also awarded the Polish Medal of Distinction and the US State Department Superior Honor Award for actions in combat. He is authorized to wear both the Army and Joint Staff badges.

MG Staats’ holds a Ph.D. from the Electrical Engineering Department at the Massachusetts Institute of Technology where he studied as a Hertz Fellow, as well as a Masters in Strategic Studies from the US Army War College. 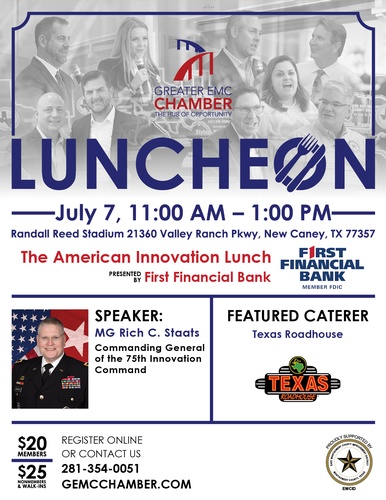 Chamber Members: $20 Non-Members: $25 Credit Card payments can be pre-paid online.  We accept Credit Card, Cash or Check at the door. * Due to Caterer Pricing Commitments, please remember that you must cancel your registration 48 hours prior to the event to avoid being charged.  *Payment is expected before or on the day of the event, no invoicing unless previously arranged

Google Yahoo iCal (Outlook, Apple, or other)
Scroll To Top